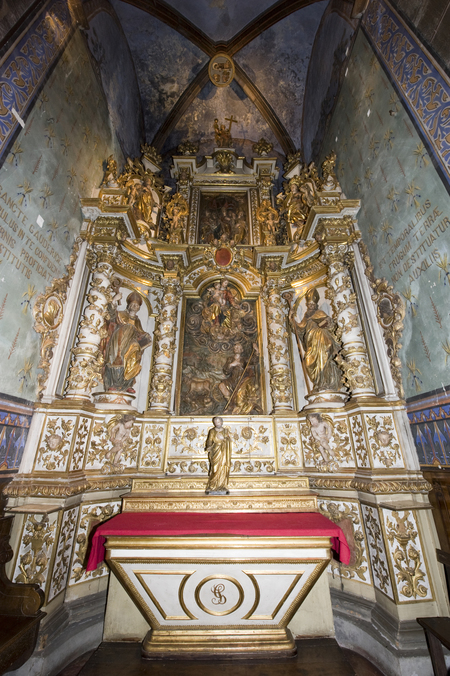 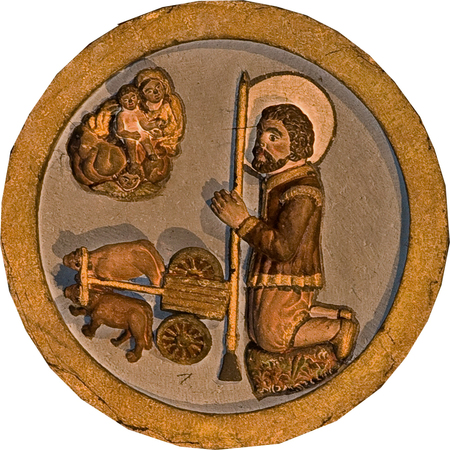 The Keystone, representing a ploughman, is dedicated to Saint Gaudry © F.BRUN 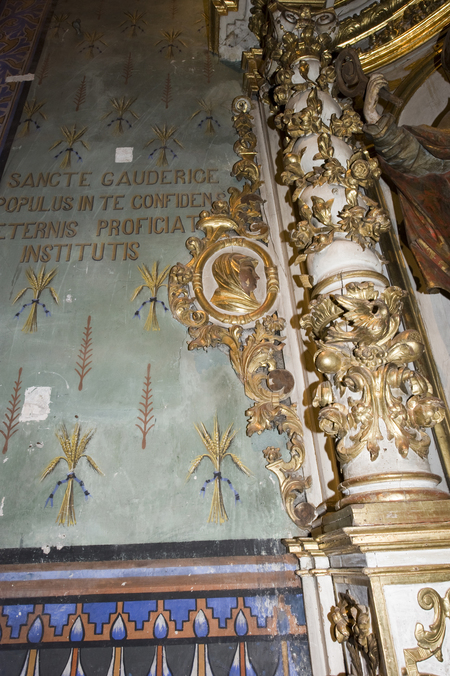 The altarpiece, dated back from 1714, might be Joseph Sunyer's artwork.

It is dedicated to Saint Gaudry (local saint), in accordance with the keystone.
St Gaudry, secondary saint patron of the diocese of Perpignan and saint patron of the ploughmen (celebrated on October the 16th), has always been in charge of rain by popular devotion.

It’s a bad trick from the sacristan, that surprised Saint Gaudry driving his oxcart, at the crossing of the torrent. No matter! Immediately, he kneeled down as usual, and now, the waters parted so as not to wet his clothes. 1714.

Saint Liborius, Bishop of Le Mans, was invoked for the disease of the gravel, hence the presence of stones in his book. His ‘goigs’, that is to say his Catalan hymn, mention an encounter with St Martin, which makes us presume that the statue which is placed at the same level symmetrically on the left, represents Saint Martin.

Two lateral medallions decorated with the portrait of the donors, while two lower panels bore their armories, scraped off during the French Revolution.

Around the panel, Saint Margaret (left) and Saint Martha (right) who recently lost the portable stoup she used as a wapon against the legendary Tarasque.


The reliquary bust of St Gaudry is displayed in the Treasure-house. It’s dated from 1805 and the work is attributed to François Boher, sculptor in Villefranche-de-Conflent.