This chapel, in the idea of the builder must have been dedicated to St Nicholas since it’s this very saint, with the three children, who appears at the keystone.

An altar of St Nicholas is by the way mentioned in the former church in 1413.

Saint-Nicholas' day is a holy day inspired by the character of Nicholas of Myra, also known as Nicholas of Bari, said to be born in Patara, Lycia in the year 270, died in 345.


In his lifetime, Nicholas of Myra was the protector of children, widows and weak people. He is known for his benevolence and generosity.

The central painting from the 19th century representing St Aloysius Gonzaga in ecstasies is the work of Bonnegrâce and bears the date of 1845 ; it would have been a gift from the government (Louis Philippe). 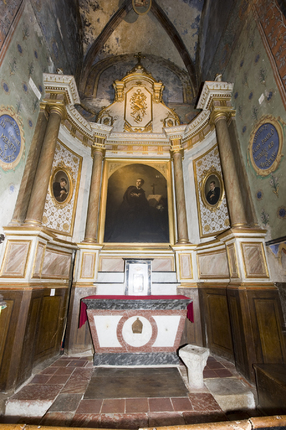 The chapel of Saint Aloysius Gonzaga 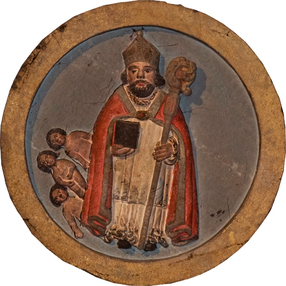 Keystone representing the original destination of the chapel : Saint Nicholas 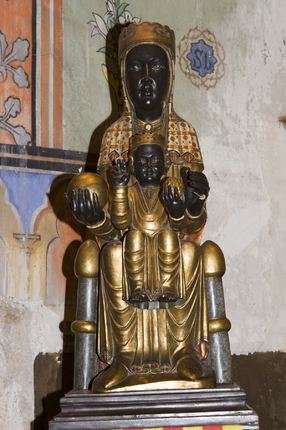 Replica of the Black Madonna of Monserrats Monastery in Southern Catalonia.