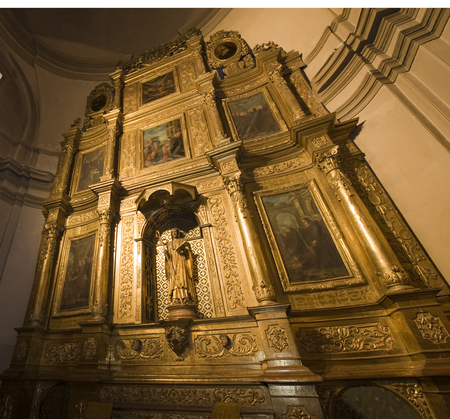 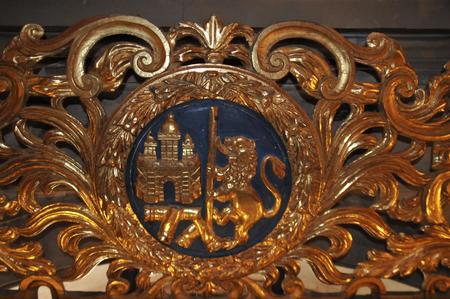 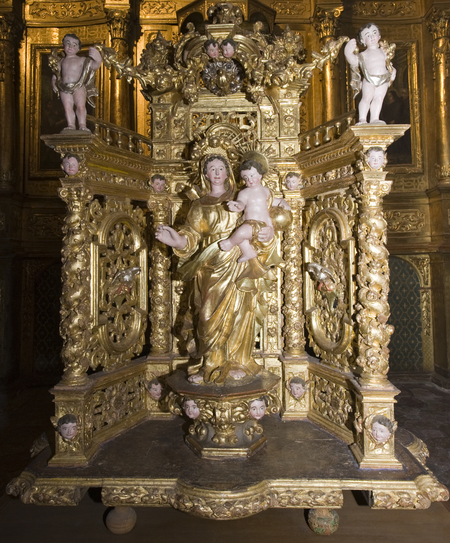 The construction of this chapel, which extends the left arm of the transept towards the south, began in 1735. Its altarpiece, from early 18th century, is made out of gilded wood and paintings. It was transferred there from the Abbey of Saint-Michel-de-Cuxa, during the French Revolution (1789).

The art of the painter reveals a Spanish formation palette.


From top to bottom and left to right,


Carving, at the very top :

Armorial bearings of the donor

Healing of a man, who was poisoned by revenge

Reprimand towards the monk who thought himself humiliated having to hold the candlestick during the meal, before the table of St Benedict

Interview between Totila, King of the Goths, and St Benedict, whose prophetic spirit he just put to the test, disguising his equerry as a king

St Benedict handing over 13 pennies of gold miraculously found, to a desperate debtor who had implored his help

Statue, 1st level in the middle :

** The raven, that was still to be seen a few years ago at the foot of the statue, is one of the attributes of the Patriarch of the West, but it was stolen. It still appears on four paintings of the altarpiece. The legend relates, indeed, that a raven came every day to the monastery to be fed by St Benedict.