CHAPEL OF OUR LADY OF LA SALETTE 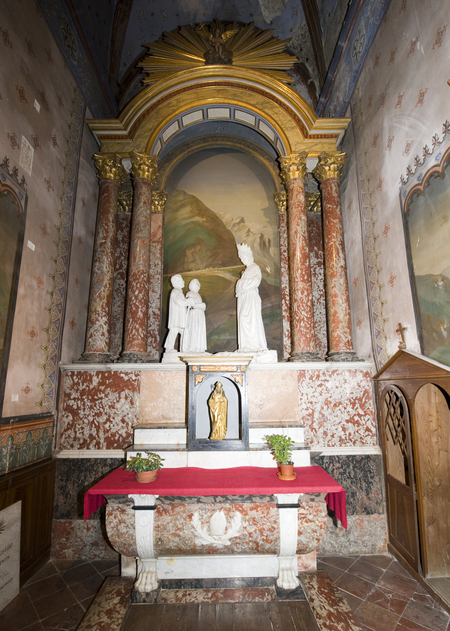 The Apparition of Our Lady of La Salette - Stone sculpture from Delarue - 1867 ©F.BRUN 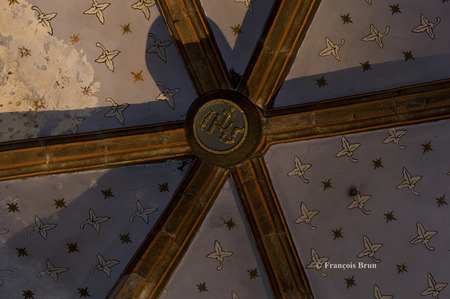 The original Keystone with the monogram of the Christ ©F.BRUN 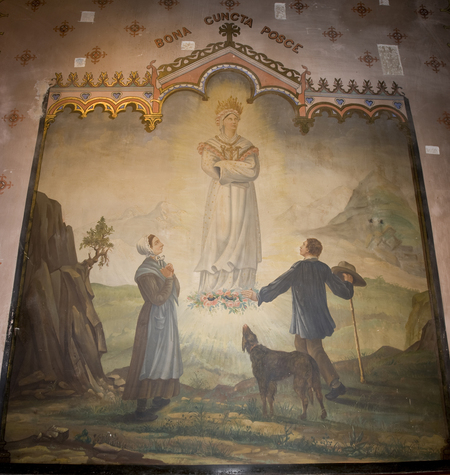 According to the keystone, this chapel was originally dedicated to the Christ.

It is now occupied by a marble altarpiece from the 19th century.

"The Apparition of Our Lady of La Salette", is a work of the sculptor Delarue - 1867.

The keystone, with the monogram of the Christ, indicates that this chapel was formerly dedicated to the Blessed Sacrament.

The apparition dates back from 1846.

The Virgin appeared to two children who declared they saw :

"A beautiful Lady dressed in a strange costume, speaking French and dialect.

She looked sad and was crying because of the impiety of the Christians."

Twenty years later or so, the painter Léo Polge,

who signed in 1872 the mural paintings of the church,

pictured her dressed in white and wearing a cloak brimmed with roses,

with her arms crossed and wearing a gold diadem.